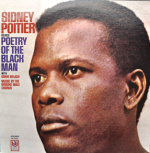 Sidney Poitier was born in the United States on February 20, 1924 in Miami, Florida. He weighed only three pounds when he was born.  Sidney grew up on his parents’ farm in the Bahamas. He was the youngest of eight siblings.  Sidney only had two years of formal schooling. He dropped out of school when he was thirteen -years- old.

He lived with his brother in Miami for a while. Then Sidney went to New York City with only three dollars in his pocket. Sidney lied about his age to get into the army. He was there from 1942 to 1945. After the army, he found himself washing dishes in a New York restaurant. He began taking acting lessons at the American Negro Theater in New York City. When he started out he had no experience at acting, but came back six months later and got a role in Days of the Youth. He continued doing more plays and got the lead role in No Way Out.