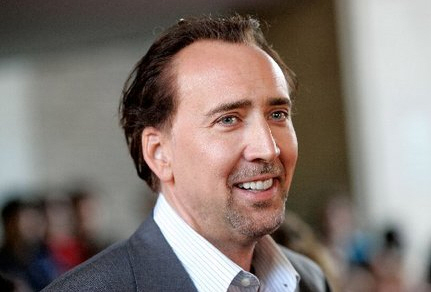 Nicolas Cage was born Nicolas Kim Coppola on January 7, 1964, in Long Beach, California, to choreographer Joy Vogelsang and literature professor August Coppola. Cage has two older brothers, Marc and Christopher. He is the nephew of film director Francis Ford Coppola and, as a youth, visited his uncle often at his San Francisco home.
At age 15, Cage fell in love with acting during a summer class at the American Conservatory Theatre in San Francisco. He dropped out of Beverly Hills High School to pursue an acting career, making his debut on television in 1981. He changed his name to Nicolas Cage as a way to separate his identity from that of his famous uncle. He chose the name Cage as a tribute to comic-book superhero Luke Cage.
Cage is known for his edgy, intense personality both on and off the screen, as well as for his passion for method acting. He is said to have had two teeth pulled for his role in Birdy (1984), slashed his arm for Racing With the Moon (1984) and swallowed a live cockroach for Vampire’s Kiss (1992). He is also alleged to have destroyed a street vendor’s remote-controlled car in a fit of rage while preparing for his role as a mobster in The Cotton Club (1984).