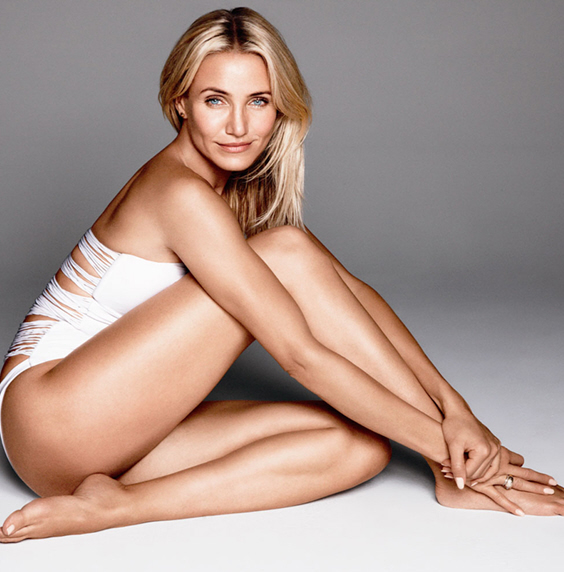 Cameron Michelle Diaz (born August 30, 1972) is an American actress, producer, and former fashion model. Diaz was born in San Diego, California.  Her mother, Billie, was an import-export agent, and her father, Emilio Diaz, worked for the California oil company Unocal as a foreman.

Diaz grew up in Long Beach and attended Los Cerritos Elementary School, and then Long Beach Polytechnic High School.  She began dropped out at age 16 and began her career as a fashion model, and contracted with a modeling agency, Elite Model Management.  For the next months, she worked all over the world on contracts for companies including Calvin Klein and Levi’s.  When she was age 17, she was featured on the front cover of the July 1990 issue of Seventeen.

Diaz has an elder sister, Chimene.  Her father’s family is Cuban, and Diaz’s ancestors had originally moved from Spain to Cuba. Later they settled in Ybor City, Tampa, before moving to California, where Emilio was born.  Her mother has English, Scots-Irish, and German ancestry.  Diaz has publicly revealed that she suffers from ADHD, which prevents her from directing movies.