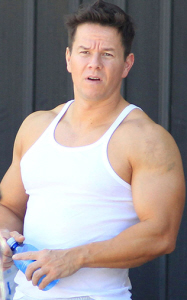 Mark Wahlberg is now a high school graduate. The 42-year-old actor, who received his high school diploma in June through an online program, celebrated the milestone at an event for the Taco Bell Foundation for Teens in Irvine, Calif., on Monday. It had been a while since Wahlberg had hit the books.

The Boston native dropped out of high school in ninth grade and hadn’t been back since. But now, it sounds as though he’s caught the school bug, revealing that college could be in his future. “I would love to go to USC and study film,” he said.

“If we don’t live by example, then what do we live by? I am proud to re-introduce myself to you today as: Mark Wahlberg — High School Graduating Class of 2013.”