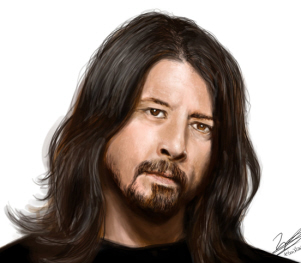 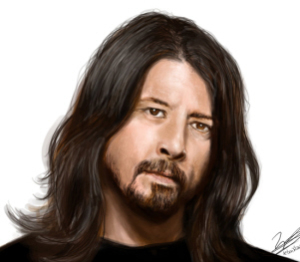 At the age of seventeen, Grohl auditioned with local DC favorites Scream to fill the vacancy left by the departure of drummer Kent Stax.  In order to be considered the position, Grohl lied about his age, claiming he was 20.

To Grohl’s surprise, the band asked him to join.  After waffling for a brief period, Grohl accepted the offer. Grohl dropped out of high school in his junior year; he said, “I was seventeen and extremely anxious to see the world, so I did it.”  Over the next four years, Grohl toured extensively with the band, recording a couple of live albums (their May 4, 1990 show in Alzey, Germany being released by Tobby Holzinger as Your Choice Live Series Vol.10) and two studio albums, No More Censorship and Fumble, on which Grohl penned and sang vocals on the song “Gods Look Down”.