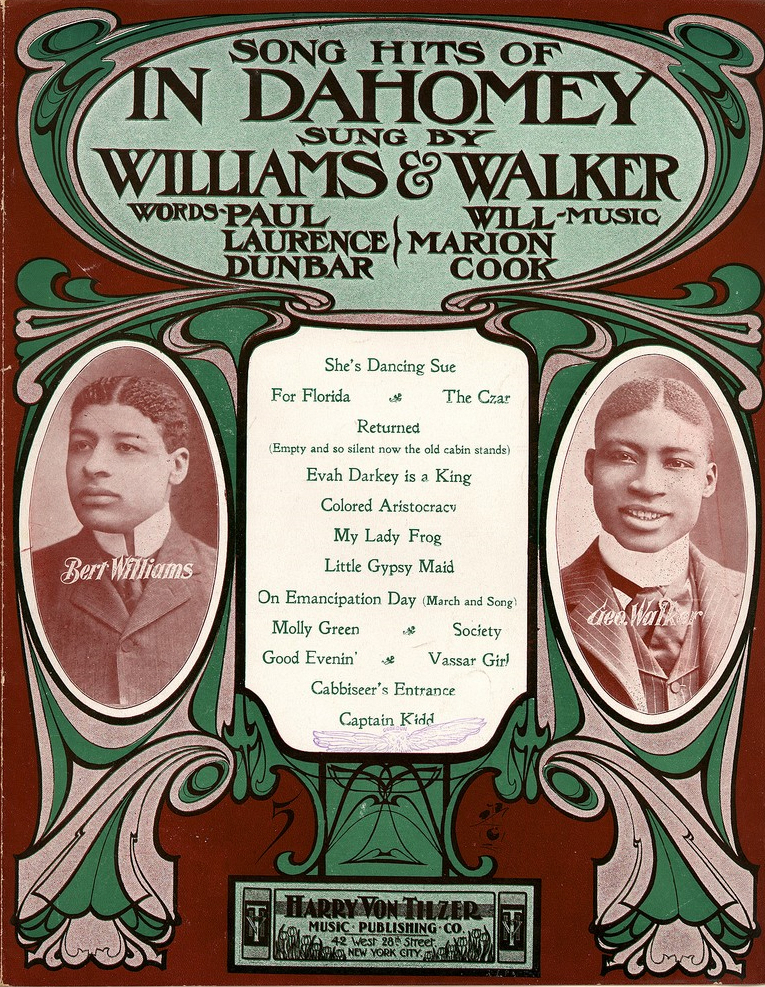 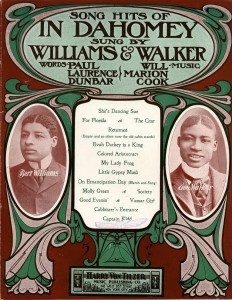 In October 1901 Bert Williams and George Walker were black entertainers, undoubtedly the most famous to both black and white audiences, of the late 19th and early 20th centuries made the first of their 15 recordings (both as soloists and a duo) for the Victor Talking Machine Company.  Along with comic George W. Johnson, The Dinwiddie Colored Quartette, and a few other persons, they were the only black recording artists to be advertised by a national company until the Fisk University Jubilee Singers recorded for Victor in 1909.